Since 2010, CHAA has been blessed to see many of our student athletes play at the collegiate level. Learn more about these athletes below. 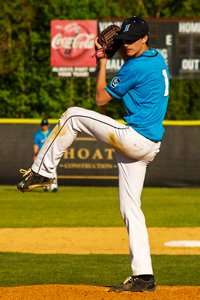 Daniel Collins was a four-year starter for the Hurricanes during the program’s first four years of existence.  The right-handed pitcher is first all-time in wins (16) and shutouts (3), second in games pitched (41), innings pitched (144) and strikeouts (166).  He’s also second all-time in career batting average (.460) and the leader in career hits (116).  After three seasons at Montreat College in North Carolina, he will pitch for Georgia Southern University for his final season of college baseball. 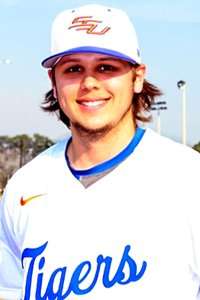 Caleb Hill was on the very first Hurricanes high school team as an 8th grader in 2011.  He played his 8th and 10th-grade seasons with the Hurricanes.  He is tied for second in career complete games in Canes’ history with four.  The right-handed pitcher is a senior at Savannah State University in 2018. 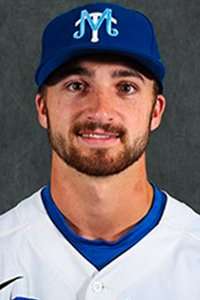 Right handed pitcher Scheldon Paulk left his mark on Hurricanes baseball history.  He’s the all-time leader in career innings pitched with 146 1/3, games pitched (42), games started (24), saves (6) and strikeouts (198).  He could hit too.  He ranks fourth all-time in hits (84), second in doubles (21) and fourth in home runs (2) and triples (4).  In 2018 he’ll toe the rubber at Middle Tennessee State University for his senior season. 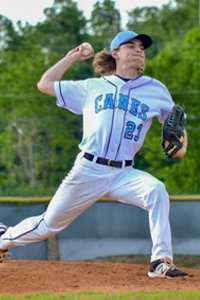 Ryan Rockwell was a 4-year starter on the diamond for the Hurricanes.  Twice named to the All-Area team by the Savannah Morning News, Rockwell signed a baseball scholarship to play at Montreat College in North Carolina.  Ryan was undefeated (13-0) for his high school career,with a 2.08 E.RA.  The 13 wins is good for second all-time, behind Daniel Collins. His 97 strikeouts are good for fourth.  Offensively, Rockwell ranks first all-time in stolen bases (74), plate appearances (347) and is fourth in RBI (57), runs (97) and fifth in hits (78) and triples (5). 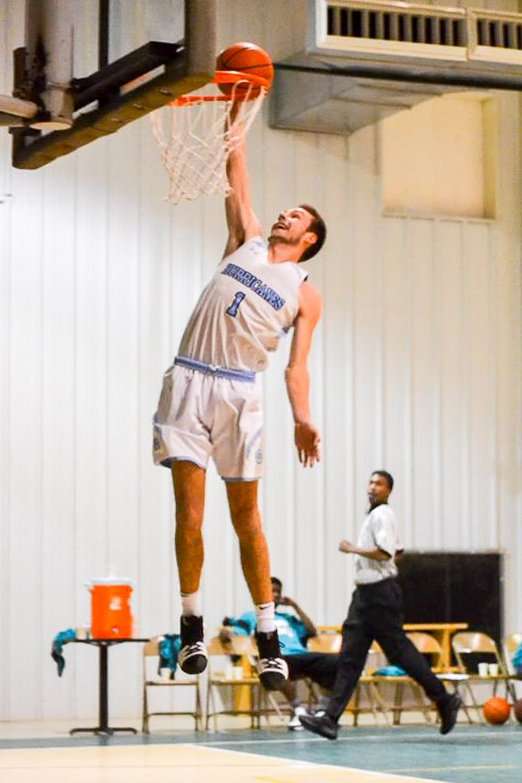 Brett Collins played CHAA Basketball and decided to play baseball in college at CIU as a pitcher. His CHAA high school basketball career was something we may never see again as a program.  He scored more than 2,000 points and grabbed more than 1,000 rebounds. 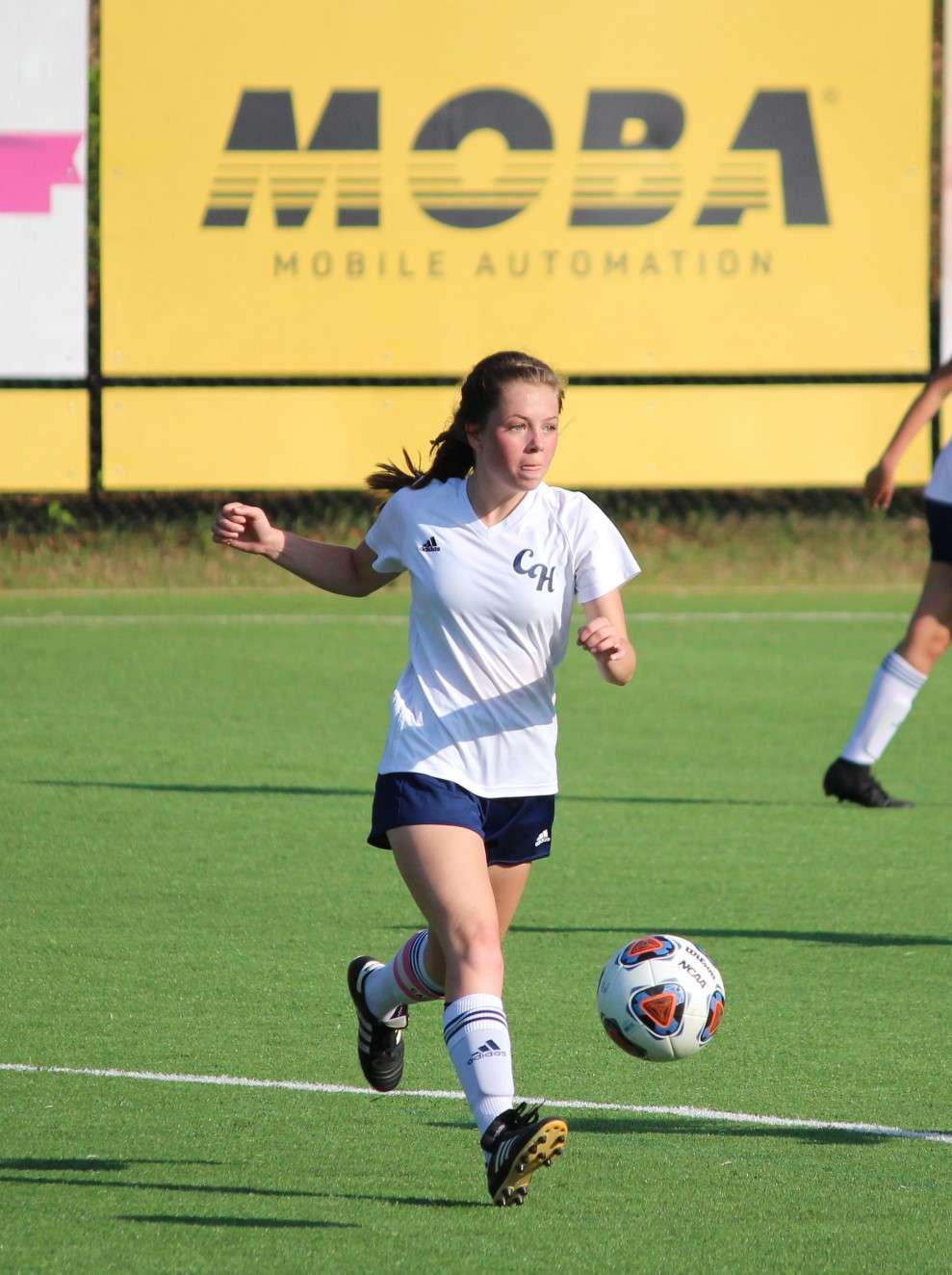 Zadie was a 5-year starter at the Mid-Field position for the Hurricanes. She started as an 8th grader the inaugural season for the Lady Canes Soccer program and quickly became a strong presence in the midfield. Zadie was a two-time Captain for the Canes and helped lead her team to a 23-2 record, GICAA State Championship, Tournament Under the Cross Championship, and 2nd Place in a National Homeschool Tournament in Springfield, MO her senior year. In her Senior year, Zadie scored 7 goals with 10 assists. Zadie signed to play with Covenant College, an NCAA Division III program in Lookout Mountain, GA. 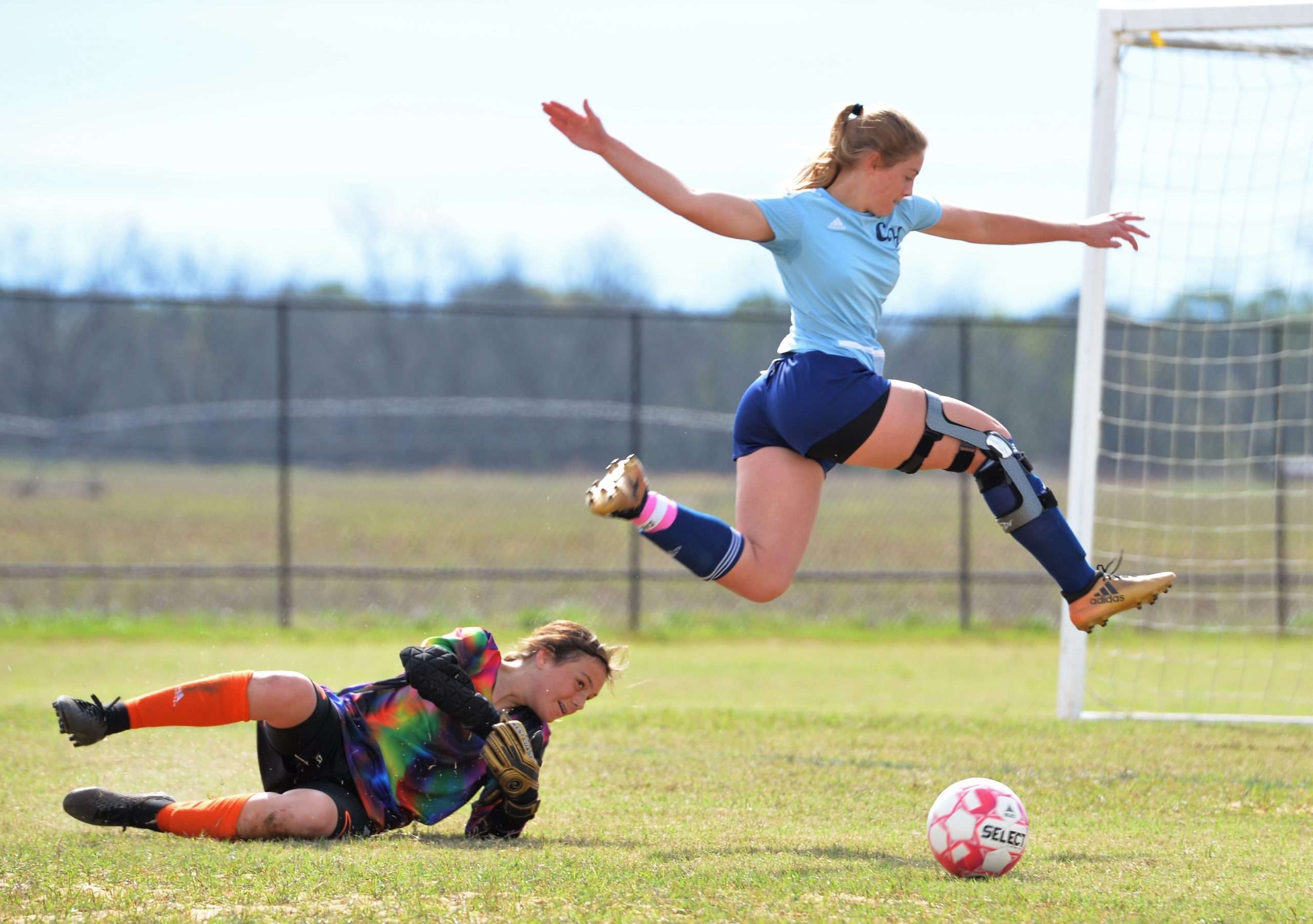 Emma was a 4-year starter at the Mid-Field and Striker position for the Hurricanes. She started as an 8th grader the inaugural season for the Lady Canes Soccer program and quickly showed her ability to score highlight goals. Emma was a 2 time Captain for the Canes and helped lead her team to a 23-2 record, GICAA State Championship, Tournament Under the Cross Championship, and 2nd Place in a National Homeschool Tournament in Springfield, MO her senior year. Emma set a season scoring record for the Canes that year, scoring 36 goals with 13 assists in 24 games. Emma signed to play with Georgia Military College, an NJCAA Division I program, where she led the Region in scoring. After one year at GMC, Emma transferred to the University of Mary, an NCAA Division II program in Bismarck, ND. 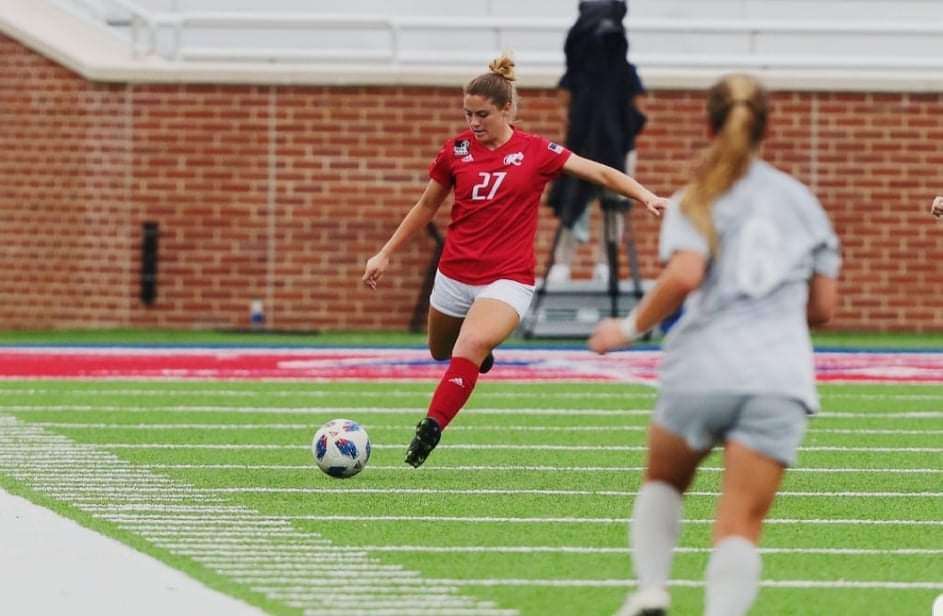 Megan was a 4-year starter at the Center Defense position for the Hurricanes. She started as an 8th grader the inaugural season for the Lady Canes Soccer program and proved to be a true defensive force. Megan was a 2 time Captain for the Canes and helped lead her team to a 23-2 record, GICAA State Championship, Tournament Under the Cross Championship, and 2nd Place in a National Homeschool Tournament in Springfield, MO her senior year. Megan anchored a defensive squad that only allowed 18 goals in 25 games while adding 10 goals and 15 assists. Megan signed with the University of South Alabama, an NCAA Division I program, and after 2 seasons transferred to Lincoln Memorial University, an NCAA Division II program in Harrogate, TN. 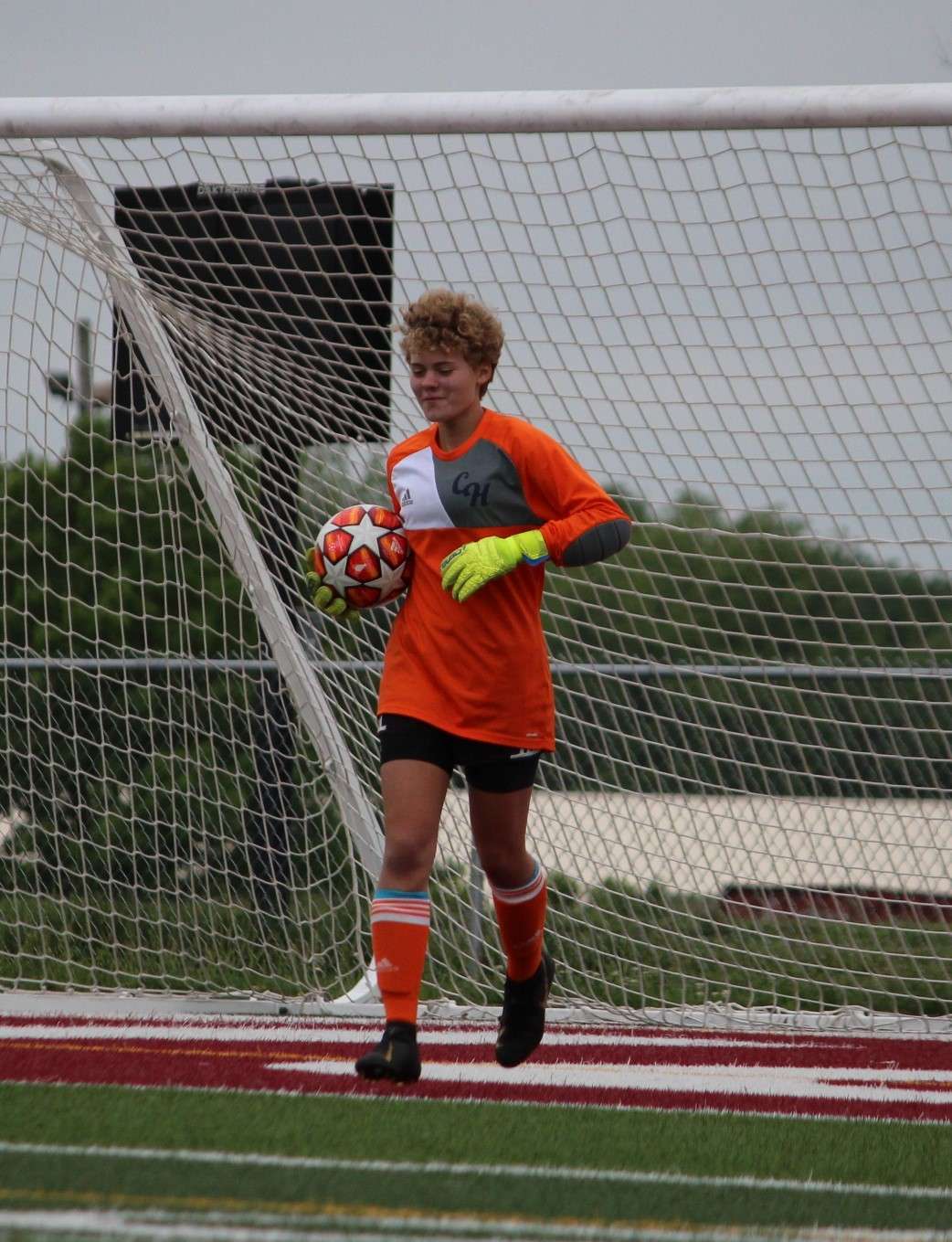 Abby was the brick wall in goal for the Hurricanes for 3 seasons. In her Junior year, she proved herself to be an elite goalie with a 23-2 record, 11 shutouts and only allowing 18 goals in 25 games. The Lady Canes won the GICAA State Championship, Tournament Under the Cross Championship, and placed 2nd at a National Homeschool Tournament in Springfield, MO. Abby signed with Point University, an NCAA Division III program in West Point, GA. 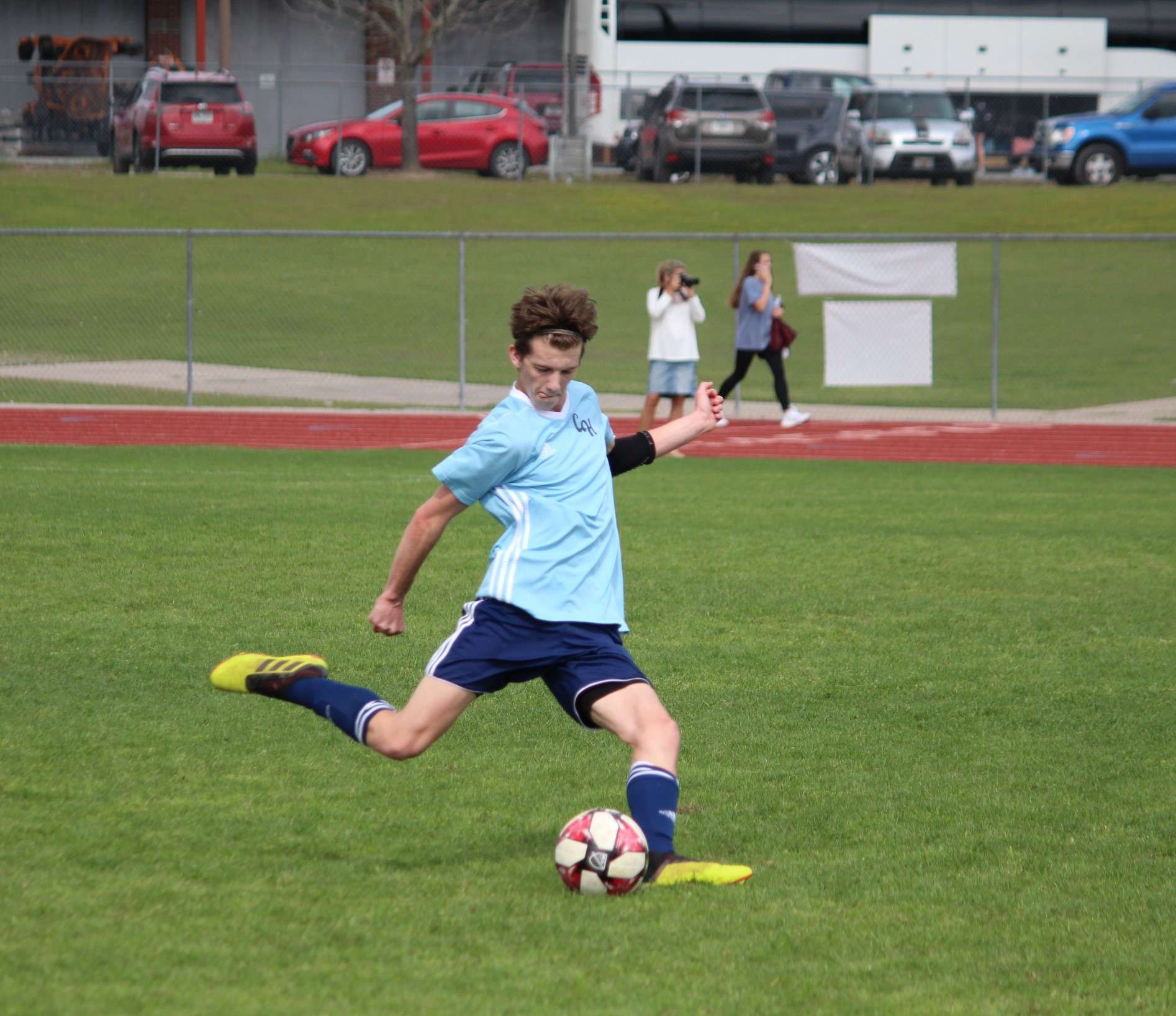 Carson was a 4-year starter for the Hurricanes as a goalie and a tenacious right fullback. He was a 2-time team captain and helped lead the Hurricanes to a 10-5-4 record his senior year, adding 2 goals and 9 assists and their second trip to the GICAA state semi-finals. Carson signed to play with Toccoa Falls College, an NCCAA Division II program in Toccoa, GA, where he quickly earned a starting position and played in every game that season. After one season, Carson decided to leave school to enlist in the United States Army. Carson played on his Unit’s soccer team during Advanced Individual Training, earning an Army Commendation Medal for being voted the team’s MVP.